You are here: Home / Archives for Alternate History 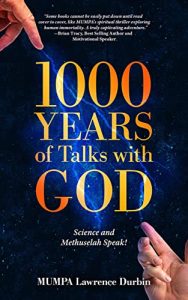 About 1000 YEARS OF TALKS WITH GOD: Science and Methuselah Speak!

Lawrence “MUMPA” Durbin, an award-winning essay writer, now comes forth with his epic novel on the fantasy of all fantasies—human immortality. Live 1000 Years, say Science and Methuselah is book #1 of a trilogy. Planned for release in February of 2022 are the sequels, Live 1000 Years, the Fulfillment, and Live 1000 Years, the Conclusion. Mumpa became interested in immortality thirty-five years ago when purchasing a home near the site of Ponce de Leon’s 1513 discovery, the Fountain of Youth, in St. Augustine, Florida.

Buy the book, and follow the author on social media:
Buy the Book On Amazon.
END_OF_DOCUMENT_TOKEN_TO_BE_REPLACED 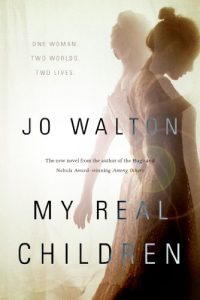 Her childhood, her years at Oxford during the Second World War-those were solid things. But after that, did she marry Mark or not? Did her friends all call her Trish, or Pat? Had she been a housewife who escaped a terrible marriage after her children were grown, or a successful travel writer with homes in Britain and Italy? And the moon outside her window: does it host a benign research station, or a command post bristling with nuclear missiles?

Two lives, two worlds, two versions of modern history; each with their loves and losses, their sorrows and triumphs. Jo Walton's My Real Children is the tale of both of Patricia Cowan's lives…and of how every life means the entire world.

At the Publisher's request, this title is being sold without Digital Rights Management Software (DRM) applied.