You are here: Home / Featured Books / Hexed in Texas by Kathy Burford 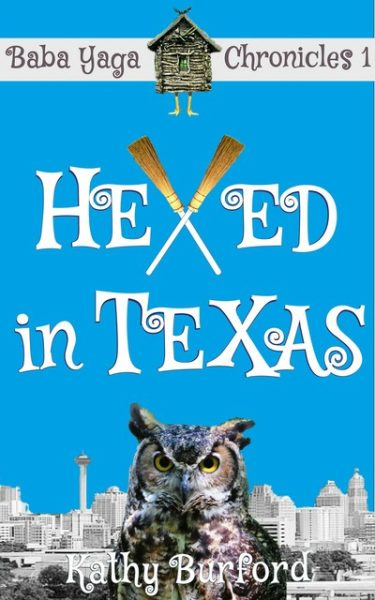 About Hexed in Texas by Kathy Burford

A Russian witch. The heir of a voodoo queen. A chaotic magic leak. What could go wrong?

Russian witch Baba Yaga steps through her magic mirror. The CEO of Laveau Pharmaceuticals makes more conventional travel plans. These two unlikely rivals are on a collision course: both headed for Texas, where chaotic magic has triggered a rare event.

“Lighthearted with a plot that is fun from beginning to end and characters that are charming . . . the perfect read.”–Readers Favorite

Kindle Countdown: Only 99 cents from November 3 through November 9.

Kathy Burford studied Russian and comparative literature and works as a freelance editor. She loves fairy tales, historical mysteries, and humorous fantasies, such as the works of Terry Pratchett, A. Lee Martinez, Diana Wynne Jones, and Alix E. Harrow. Kathy’s series the Baba Yaga Chronicles imagines how the Russian fairy-tale witch Baba Yaga would interact with an increasingly technological world with little respect for tradition. Kathy and her husband lived in Austin, Texas, for many years and now live in Iowa City.